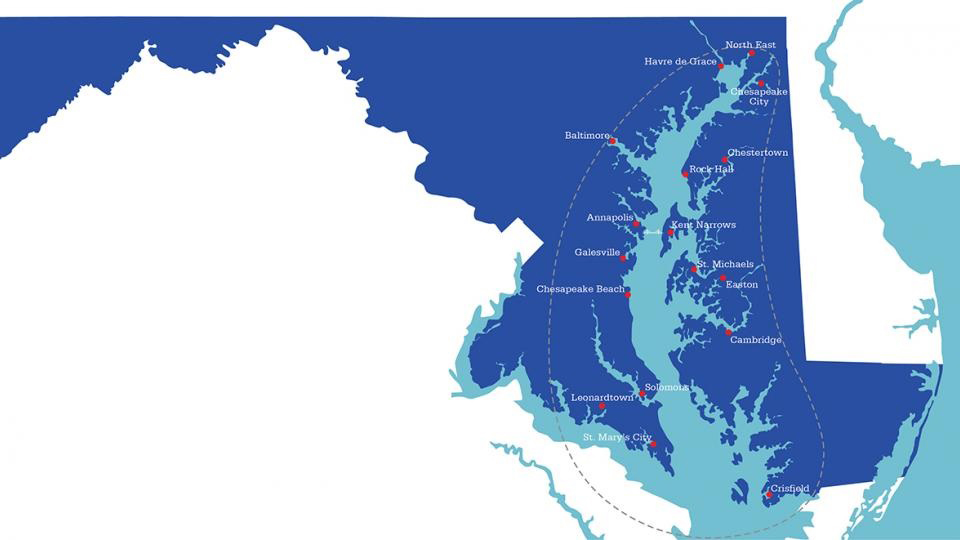 To help you plan your Chesapeake Bay getaway, here’s some trip ideas to get the most memories per mile or view a city above to learn more:

Travel Around the Chesapeake Bay

We invite you to come and engage with Maryland’s Chesapeake Bay, the largest estuary in the United States and a place of serene beauty.  Breathe in her slightly salty air; taste the flavors of her fresh seafood bounty and farms that line her shores; enjoy her waterfront towns; talk to the locals, many of whom still have the accents of their ancestors who settled the area over 300 years ago; and feel the freedom of escaping land and being on her waters.

Initially conceived of by the impact of a rare bolide—an asteroid-like object from space—35 million years ago and further formed by melting glaciers, the Chesapeake Bay is a natural wonder. The Bay varies in size and depth from its narrowest point of 2.8 miles just above the Bay Bridge to its widest of 30 miles just south of the Potomac River. It has an average depth of 21 feet, but a deep channel through its center dives down to 174 feet.

With a variety of natural environments including marshes, wetlands, sandy beaches, hundreds of rivers and creeks, as well as open waters, the Chesapeake Bay is home to a incredible diversity of plants and animals. Birders and hunters flock here due to the nearly one million waterfowl birds who stop to feed and rest on the Chesapeake during their annual migration along the Atlantic Migratory Bird Flyway. An extensive system of federal and state parks, along with a large trail system, provides many locations for you to get outside and enjoy the beauty of the region.

The landscape and people also vary along the 200-mile long Bay. To begin your exploration, select one or more quintessential Chesapeake Bay towns as the starting point for your adventure. Each town has its own personality and displays a distinct mood. Some provide a serene retreat, while others beat with the thriving energy of the city.

Along the way, you’ll find places to access the waterfront and sail on historic oystering vessels or charter boats. Lighthouses, which have protected mariners for centuries from the notorious shallow Bay waters, can be toured. Charming main streets with locally-inspired architecture lure you to peruse unique shops and galleries with friendly staff. Seafood restaurants entice with the aroma and flavors of a fresh catch.  And there are places to feed the mind and curiosity too, at numerous maritime and decoy museums.

Thread together several towns or points of interest by traveling on one of Maryland’s 18 scenic byways. Come back and explore a new area each time until you’ve seen them all. 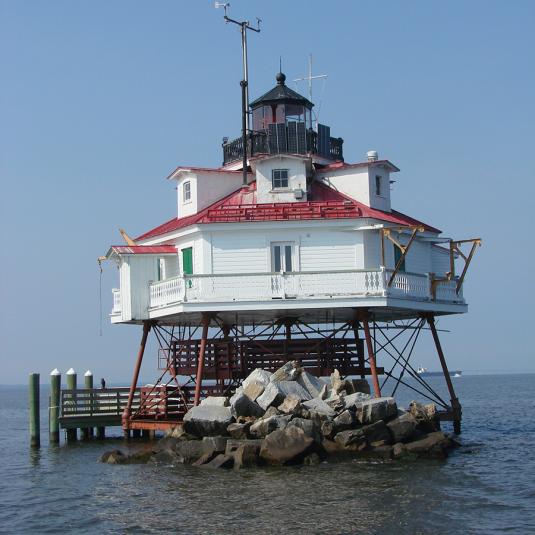 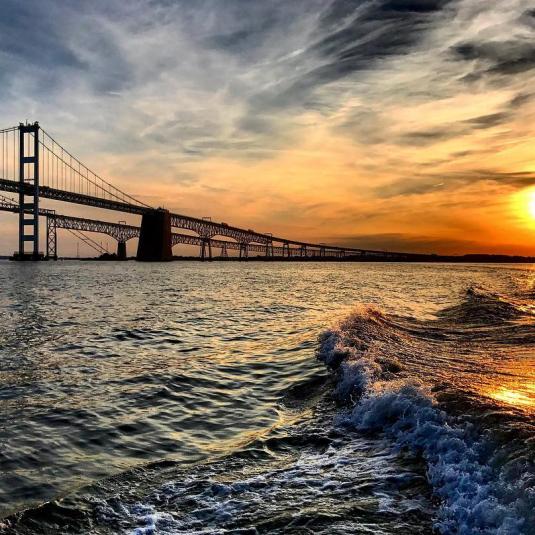