From its founding through today, Maryland has been shaped by the African-American experience. 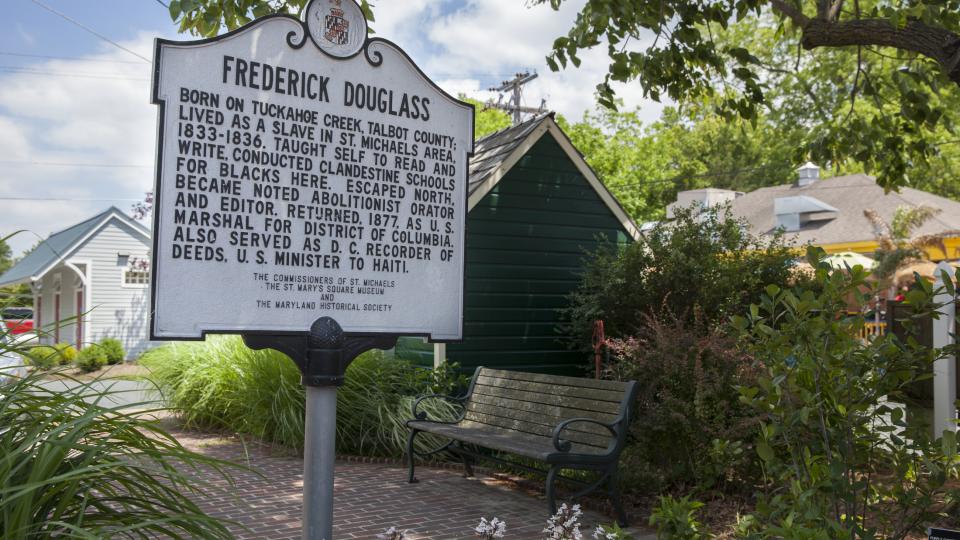 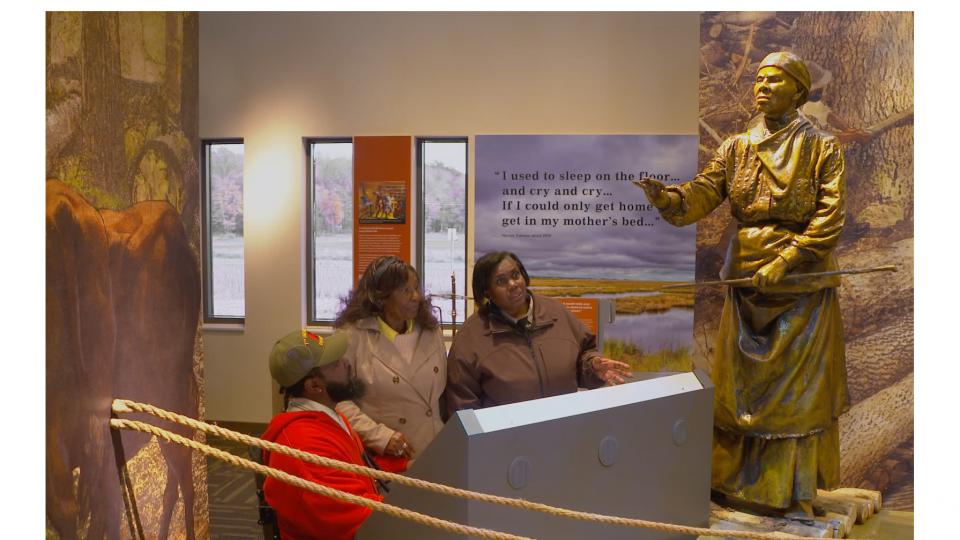 The story of the African-American experience in Maryland is the story of America. From the founding of the colony, through the horrors of slavery and the heroism of the Underground Railroad, to the Jazz Age and the inspiring contributions to the sciences, arts and culture of today, the Maryland African-American story is one of perseverance, courage and triumph.

Honor the life of a true American Hero along the Harriet Tubman Underground Railroad Byway, on Maryland's Eastern Shore. Also on the Eastern Shore and then in Baltimore, legendary abolitionist Frederick Douglass became an icon with his learned eloquence and spell-binding oratory.

Celebrate the life and accomplishments of Frederick Douglass on a driving tour that starts on the Eastern Shore and takes you through Annapolis and Baltimore. See the parts of Maryland that helped shape the character of the Father of Civil Rights.

Musicians such as Eubie Blake, Billie Holiday, Chick Webb and Cab Calloway became institutions in their own rights (and later had institutions built honoring their legacies).  Think of the National Great Blacks in Wax Museum, Reginald F. Lewis Museum of Maryland African American History and Culture,  and the Eubie Blake National Jazz Institute.

In Montgomery County, the courage of famed Underground Railroad conductor, Josiah Henson, the inspiration for Uncle Tom’s Cabin, at Josiah Henson Park, is celebrated.  A visit to Oakley Cabin and its trails lead to the mill at Brookeville Road and Georgia Avenue.  Just a few decades ago, the Cabin was home to an African-American community.  Today it stands as a living history museum and nature walk. 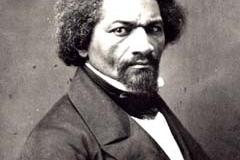 1 Frederick Douglass and His Life

Celebrate the life and accomplishments of Frederick Douglass on a driving tour that starts on the Eastern Shore and takes you through Annapolis and Baltimore. See the parts of Maryland that helped shape the character of the Father of Civil Rights. 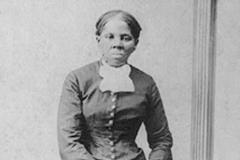 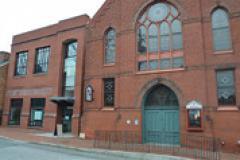 The Permanent Exhibit, Deep Roots, Rising Waters: A Celebration of African Americans in Maryland, provides an overview of African-American history from 1633 through present day. Learn how African Americans throughout Maryland made lasting changes for all Americans.  Notables include Mathias De Sousa, Maryland’s first African-American settler and Thurgood Marshall, the first African- American Supreme Court Judge. Learn how Benjamin Banneker used his almanac as an anti-slavery protest  in correspondence with Thomas Jefferson.  Hear one of Frederick Douglass’ many eloquent speeches against racism and slavery. 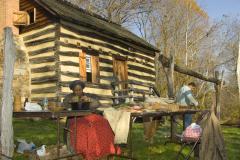 This two-acre tract of land served as the center of an African-American roadside community from 1880-1920.  Today, the Oakley Cabin, inhabited until 1976, serves as a living history museum with furnishings depicting  various stages of its history.   Artifacts that were excavated onsite are also on display.  The grounds feature a trail, partially laid inside the old millrace, that leads from the cabin to the site of the mill at the intersection of Brookeville Road and Georgia Avenue.  Call 301-650-4373 to ask when the Cabin is open for tours. 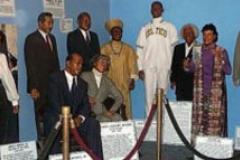 Mon through Sat - 9am-5pm
Sun - 12noon - 5pm
Open Most Federal Holidays
America's first and only wax museum of African-American history and culture houses more than 100 life-size and lifelike wax figures presented in dramatic and historical scenes.  Displays take you through the pages of time with special lighting, sound effects and animation. Harriet Tubman, Benjamin Banneker and Billie Holiday, President Obama, Thurgood Marshall and many other national figures, chronicle the history of African people from around the globe. The experience is highlighted by a dramatic walk through a replica of a slave ship complete with Middle Passage history.

More about The National Great Blacks in Wax Museum 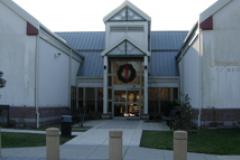 The Benjamin Banneker Historical Park & Museum features programs all month long that highlight the accomplishments of African-American scientists and notables.
The museum’s exhibits chronicle Banneker’s contributions as a largely self-taught mathematician, astronomer, almanac writer, surveyor, abolition advocate and naturalist during the late 1700s.  Banneker is often considered the first African-American man of science.
It was from this site that Banneker crafted one of the first all-American-made wooden clocks and wrote his almanacs and famous correspondence with Thomas Jefferson. In 1791, Banneker was assigned to the Pierre L'Enfant team to survey for the new Federal City, Washington D.C.

The Maryland National Capital Park and Planning Commission (MNCPPC) offers a full slate of Black History Month Programming at all its parks and partner venues throughout Prince George's and Montgomery Counties.  Events and dates for 2020 TBD

Click here to learn about the many special MNCPPC programs offered during Black History Month.

The B&O Railroad Museum celebrates the contributions of African Americans to the railroad industry. Learn about the men and women who filled vital jobs along the B&O Railroad's line and understand how significant social issues, such as segregation, affected railroading.

9 Still We Rise at The Dome, Waldorf

2020 dates TBD
The film, Still We Rise, is a James E. Richmond Science Center show highlighting the influence of African Americans on aviation and flight.  Celebrate major achievements and advancements by African Americans with original productions for audiences ages 9 and up at the Digital Dome Theater. Check the website for dates and times.

To Catch A Thief: Constellation Fights the Slave Trade Tour
2020 dates TBD
Constellation's proudest service may have occurred during the three years immediately before the Civil War when, as flagship of the navy's African Squadron, she led this nation's fight against the trans-Atlantic trafficking of slaves.  Tour and hands-on activities combine to bring into view Constellation's active career combating the slave trade and her exciting pursuit and capture of the slave ship Cora from which she rescued 705 captive Africans.  This presentation is open to all visitors and is included with regular admission. No reservations are required. 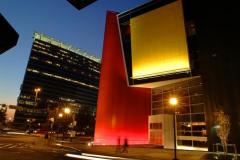 Black History Month Tour
2020 dates TBD
Tour Annapolis with a period dressed guide on this unique walking tour that explores African American heritage. African Americans have, for over 300 years, comprised a significant portion of the population of the state of Maryland, our county and the city of Annapolis. During colonial times, the labor of both slaves and free blacks was the cornerstone upon which the tobacco economy was built. In the nineteenth century, Maryland was home to more free African Americans than any other state. Twentieth century Maryland continues to grow because of the important contributions made by her African American citizens. This tour is an award winning African American tour in Maryland.

More about Annapolis Tours by Watermark 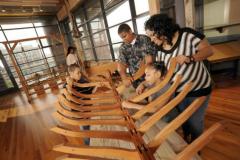 This waterfront museum in Baltimore’s Fells Point showcases the lives of Maryland natives Frederick Douglass and Isaac Myers, important contributors in African-American maritime history. Through a self-guided tour, learn about Douglass’ time working on the docks as an enslaved youth before escaping to freedom in New York.  Myers, a free-born African-American labor leader rose to become one of the founders of the Chesapeake Marine Railway and Dry Dock Company. 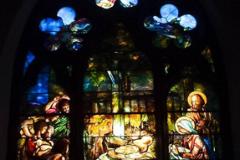 The 19th-century Emmanuel Episcopal Church features unique architecture and brilliant Tiffany stained glass windows. The Church was built on the site of Fort Cumberland where there are several, well-preserved tunnels. The tunnels were dug in the 1750s by George Washington and other soldiers during the French and Indian War and used as an escape route from the battlefield. Almost 100 years later, in 1849, the Rev. David Hillhouse Buel, who was already active in the Underground Railroad in Maryland, felt the tunnels underneath the church would be a perfect stop on the Underground Railroad. Schedule a visit to tour the tunnels - Free! (301) 777-3364. 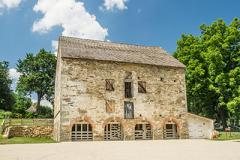 2020 dates TBD
Take a guided tour of the grounds and buildings of Woodlawn Manor Cultural Park and discover the role enslaved labor played on this 19th-century farm. Explore how the enslaved could have nature for escape and evasion while seeking freedom. 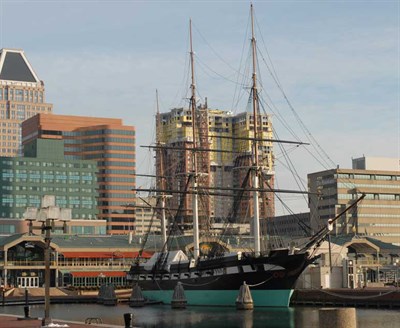 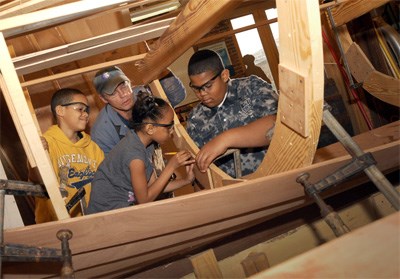