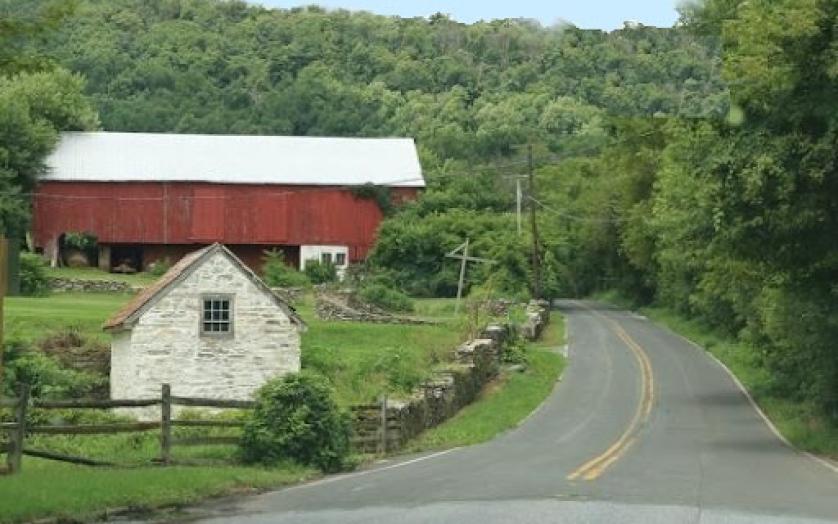 Drive a Maryland Civil War Trail for a scenic tour following the stories of soldiers in epic battles and the civilians who witnessed war on the homefront.

Some of the most decisive battles of the Civil War were fought on Maryland’s soil, a state whose citizens were just as ideologically divided as the soldiers on the battlefield. To honor this heritage, five unique trails span the state, each with an extensive number of sites of interest. 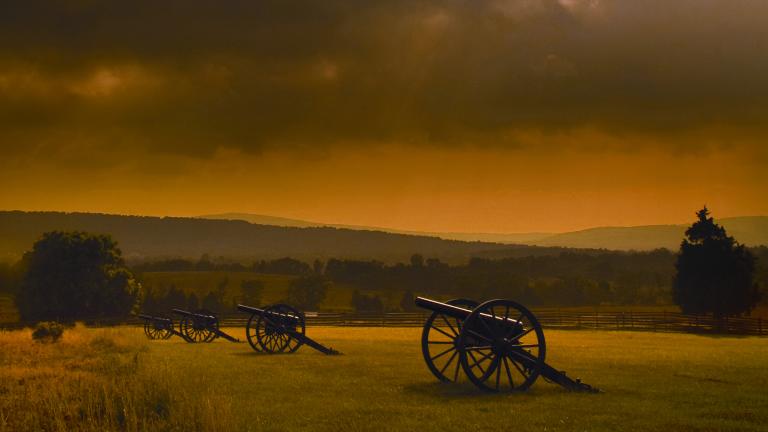 When Robert E. Lee invaded Maryland in September 1862, a fateful turning point in the Civil War lay ahead. Union forces pushed the Confederates into the South Mountain gaps. The armies later met in Sharpsburg, culminating in the Battle of Antietam, the bloodiest one-day battle in U.S. history. A Union victory served as the impetus for President Lincoln to issue the Preliminary Emancipation Proclamation.”

The Antietam Campaign Trail follows the route of Lee’s advance and sites where Union and Confederate forces fought on South Mountain, in Hagerstown and Sharpsburg. Explore the Antietam National Battlefield and get a sense of the role the diverse terrain played in the battle’s outcome, from the Sunken Road to Burnside Bridge to the Roulette Farm. Pay your respects at Antietam National Cemetery, a place to reflect on this pivotal moment in U.S. history.

Take in an exhibition on battlefield medicine at the Pry House Field Hospital Museum, in the same building used as a hospital to treat injured soldiers during the Battle of Antietam. Visit the Heart of the Civil War Heritage Area Exhibit and Visitor Center in the Newcomer House, and then stop into Nutter’s Ice Cream or Captain Benders (both on East Main Street in Sharpsburg) to fuel up for more museum and battlefield touring. 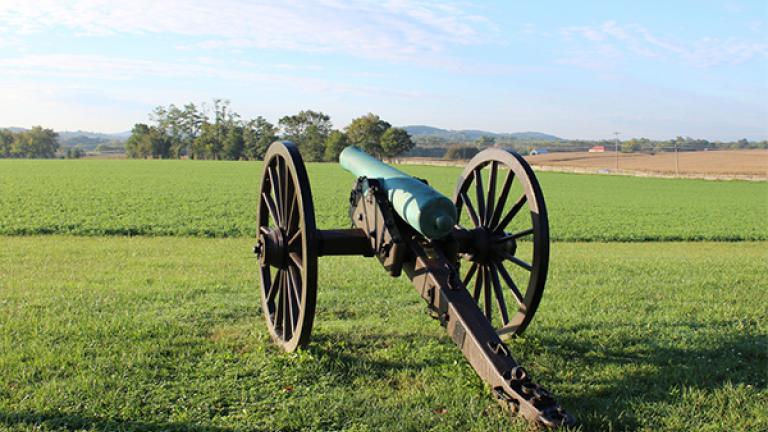 When Confederate General Robert E. Lee launched a second invasion into the North in June of 1863, he intended to carry the war across the Mason and Dixon Line into Pennsylvania. Knowing that he had crossed the Potomac River into Maryland yet again, Union troops searched desperately for his army. Shielded by South Mountain, the Confederates advanced west of the mountain range, while Union troops marched on the east side. They eventually met and clashed at Gettysburg.

This trail details the routes taken and stops made by both Confederate and Union forces, leading up to and directly following the Battle of Gettysburg. Key points of interest include Frederick’s National Museum of Civil War Medicine, Catoctin Furnace, the Seton Shrine and the City of Hagerstown, where citizens witnessed fighting in the streets during the First and Second Battles of Hagerstown. Frederick and Hagerstown are now thriving Arts & Entertainment Districts. Take in the towns’ cultural arts and culinary scenes. 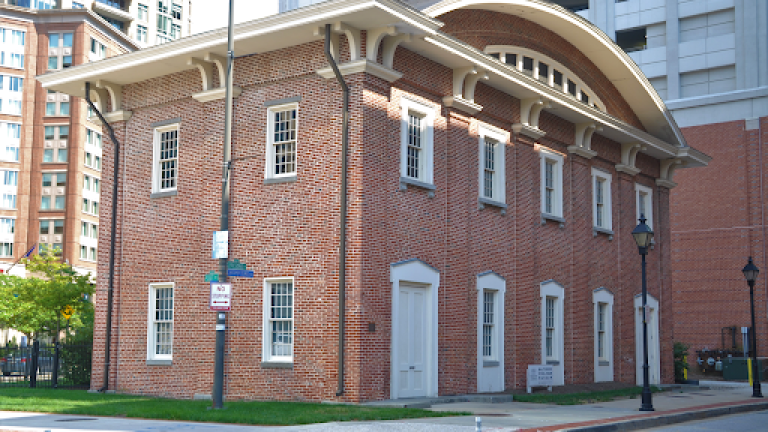 The Baltimore: A House Divided Civil War Trail includes the Baltimore Walking Tour, which chronicles the high tensions among Baltimore’s divided residents when federal troops, en route to defend the capital, were attacked by citizens along Pratt Street at the outset of the Civil War. Start your tour at President Street Station where the soldiers arrived and the fighting erupted.

Minutes from downtown, you’ll find Fort McHenry, known primarily for its role in the defense of Baltimore from the British during the War of 1812. The fort also served as a prison for Confederate soldiers and southern sympathizers. 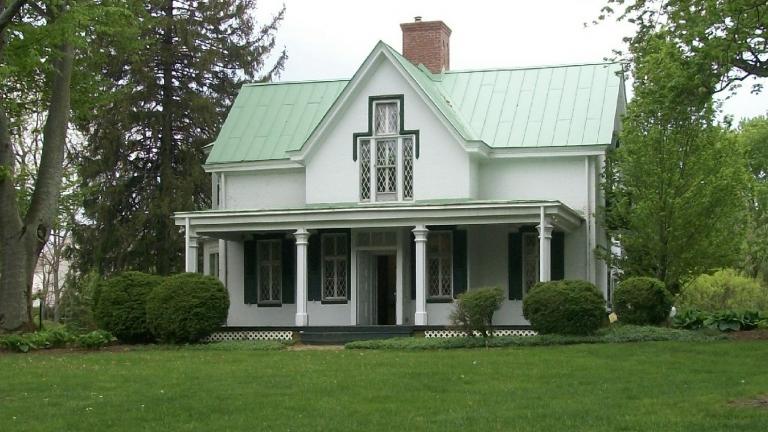 Nowhere is the division of ideologies between Maryland’s citizens during the Civil War more apparent than on the John Wilkes Booth: Chasing Lincoln’s Assassin Trail. Booth, born and raised at Harford County’s Tudor Hall, was not raised with Southern sympathizers, yet Booth assassinated President Lincoln on April 14, 1864 at Ford’s Theatre. This Civil War Trail follows the route of his escape, the federal authorities’ pursuit and his ultimate capture. Along the way are sites and attractions related to this chase. 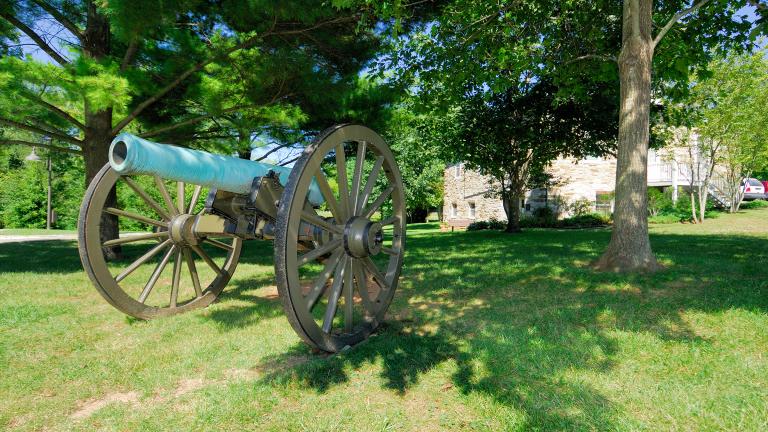 Known for "The Battle that Saved Washington," Monocacy National Battlefield saw Civil War action in July of 1864 when Confederate General Jubal A. Early invaded the North for the final time.

In July 1864, Confederate General Jubal A. Early invaded Maryland aiming to attack Washington, D.C. Union and Confederate troops clashed at the Battle of Monocacy in Frederick. While considered a loss by the Union, the battle delayed the Confederate advance on Washington, D.C., providing time for Union troop reinforcements to arrive and protect the capital city. This last raid at Monocacy has become known as the "Battle That Saved Washington." The historic sites of Jerusalem Mill, Cockeysville and New Windsor are also on this trail, each of which fell victim to looting and raiding during Early’s Raid on Washington.

6
Cities and Towns of the Civil War

At the crossroads of conflict, the long war engulfed homes and livelihoods, leaving its mark throughout the region's cities and towns.  Local citizens, though divided by conviction, were united by compassion.  Discover these stories and more, while exploring local art, culture, dining, and shopping in Maryland's Civil War cities and towns.