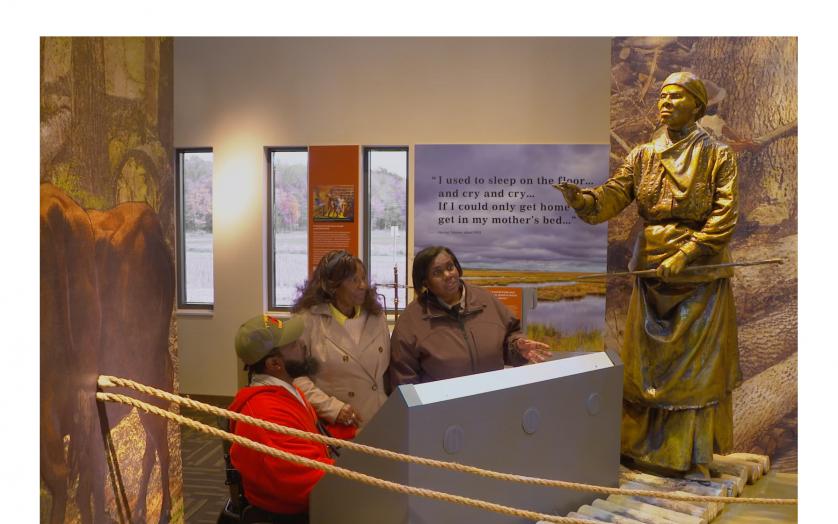 "I never ran my train off the track and I never lost a passenger."

Before the Civil War, Harriet Tubman repeatedly risked her life to guide more than 70 enslaved people from Maryland’s Eastern Shore into new lives of freedom. She was deeply rooted in values of family, faith and community and dedicated her life to humanitarian causes and continually fought for freedom.

Discover Harriet Tubman in her homeland at the HARRIET TUBMAN UNDERGROUND RAILROAD VISITOR CENTER near Cambridge. The center is located within the Harriet Tubman Underground Railroad State Park and National Historical Park and immerses visitors in Tubman’s world through informative, evocative and emotive exhibits. The state and national parks tell Tubman’s story tell Tubman’s story while working to preserve the same landscapes that were important in Tubman’s life.

The visitor center is the perfect place to become oriented to sites along the Harriet Tubman Underground Railroad Byway, which visits places where her life unfolded, places where she lived, worked, worshiped and later escaped. The byway travels through historic towns and untamed landscapes that look much the same as they did during her years living here.

Special events and programs are planned in 2022 to celebrate the bicentennial of Harriet Tubman’s birth. 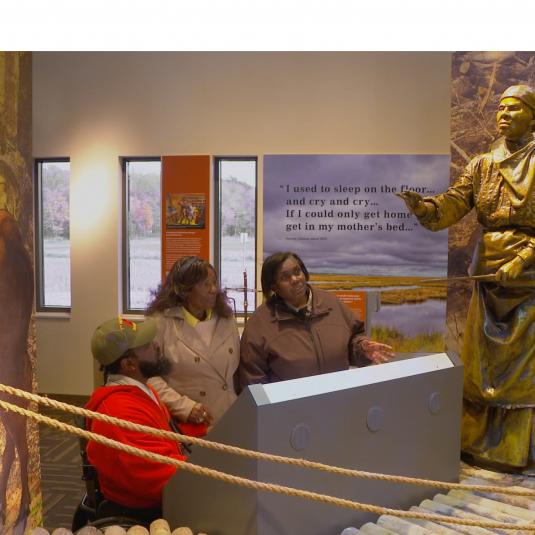