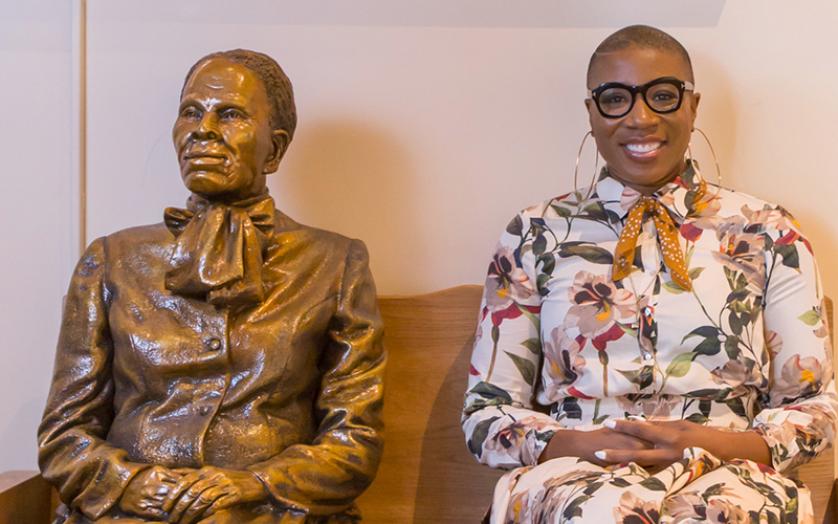 Harriet Tubman—Underground Railroad conductor, abolitionist, Civil War spy and nurse, suffragist, and humanitarian. Born into slavery in early 1822 in Dorchester County, Maryland, Tubman rose above horrific childhood adversity to emerge with a will of steel. Owing her success to unique survival techniques honed in the forests, fields and marshes of Maryland’s Eastern Shore, Tubman transcended victimization to pursue lifelong dreams of freedom, equality, and justice.

Named Araminta, or “Minty,” by her parents Ben and Rit Ross, Tubman was the fifth of nine children. Taken from her mother and hired out at the age of six, she was often physically and mentally abused and neglected. She was nearly killed at the Bucktown Village Store by a blow to her head from an iron weight thrown by an angry overseer and was affected by the injury for the rest of her life. The frequent separations and harsh treatment were compounded by the sale of her three sisters to unknown locations in the Deep South. “Slavery,” she said, “is the next thing to hell.”

Married to John Tubman, a free black, in 1844, “Minty” changed her name to Harriet. Faced with certain sale away from her loved ones to settle her deceased master’s debts in 1849, Tubman fled enslavement by tapping into the local Underground Railroad network. Traveling by night, using the North Star and instructions from black and white helpers, she found her way up Maryland’s Eastern Shore through Delaware to freedom in Philadelphia. Yet, freedom was bittersweet. “I was free,” Tubman later recalled, “but there was no one to welcome me to the land of freedom.”

Tubman ensconced herself in the anti-slavery and Underground Railroad networks in Philadelphia, New York City, and Boston, as well as women’s suffrage meetings. Here she found the financial and personal support she needed to pursue her private war against slavery, as well as ideologies of racial and gender equality that would become central to her activism for the remainder of her life. 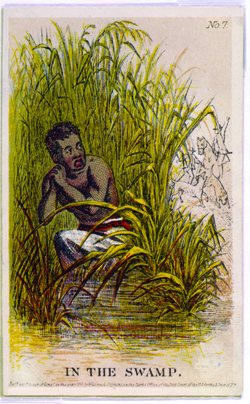 In spite of the many risks, including certain death if captured, Tubman successfully ferried approximately 70 people, including her brothers, parents and other family members, to freedom by 1860. During over a dozen escapes, Tubman used disguises, various ruses, and relied on a trustworthy system of safe houses where black and white sympathizers helped hide freedom seekers. Although she could not accompany all who sought to escape from the Eastern Shore, through detailed instructions she enabled another 70 or more to find their way north to freedom. Tubman’s numerous journeys back into dangerous slave territory to lead people to freedom earned her the biblical nickname “Moses.”

In the years leading up to the Civil War, Tubman’s personal war on slavery grew to a commitment to completely destroy the slave system. She collaborated with John Brown, the anti-slavery activist whose failed raid on Harpers Ferry, West Virginia, in 1859 helped spark the Civil War. During the war, she went to South Carolina where she alternated roles as nurse and scout, cook and spy for the Union army. There she led the Combahee River Raid and is noted as the first African-American woman to command an armed military raid.

After the war, Tubman returned to her home and family in Auburn, New York. In 1869, she married Civil War veteran Nelson Davis and they adopted a baby girl named Gertie. Tubman’s passion for racial and gender equality drove her to challenge women’s and African American’s inferior political, economic and social roles through suffrage and civil rights activism the rest of her life. She died on March 10, 1913.

Another Blackwater Sunset by Alexander Erkiletian