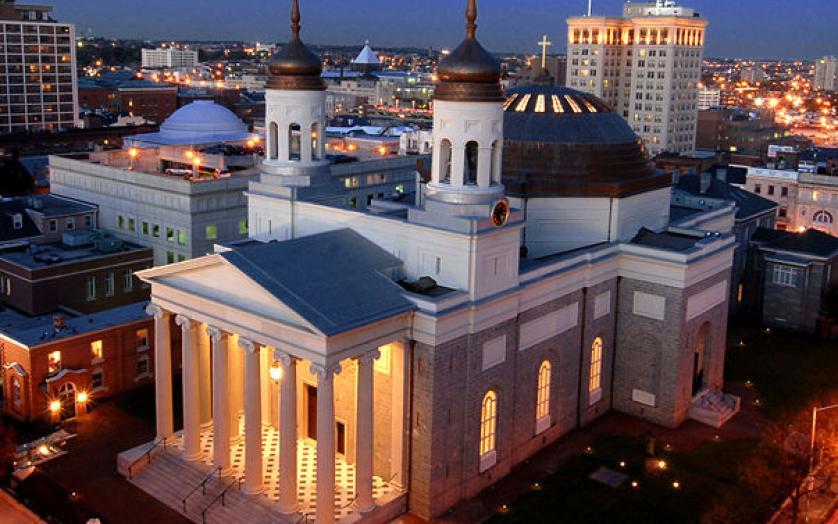 Maryland is shining a spotlight on religious heritage.

In November of 1632, as the first chill of winter began to grip England, a small group of pilgrims boarded a pair of tiny ships, the Ark and the Dove, and set out across the Atlantic. Though their journey would be a perilous one, their resolve was strengthened by their shared dream and their spirits buoyed by their faith. Sponsored by the Catholic Lord Baltimore, these first Marylanders set out to found a colony that would stand as a bulwark against religious persecution, that would provide a sanctuary for all to worship freely and openly, and that would become a beacon to the world shining the light of tolerance. Their dream became Maryland, the Free State, and, inspired by the beauty, the fertility and the welcoming spirit of this land, Marylanders have continued to open their hearts in celebration of the divine. And, for nearly four centuries, the story of faith and freedom in America is a story that has been written in Maryland. 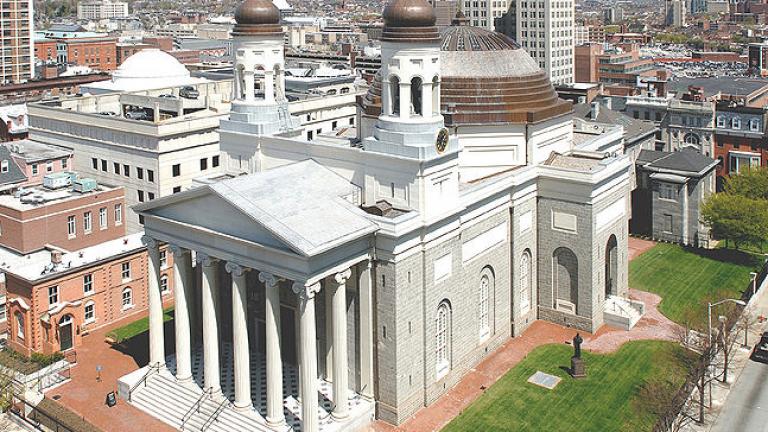 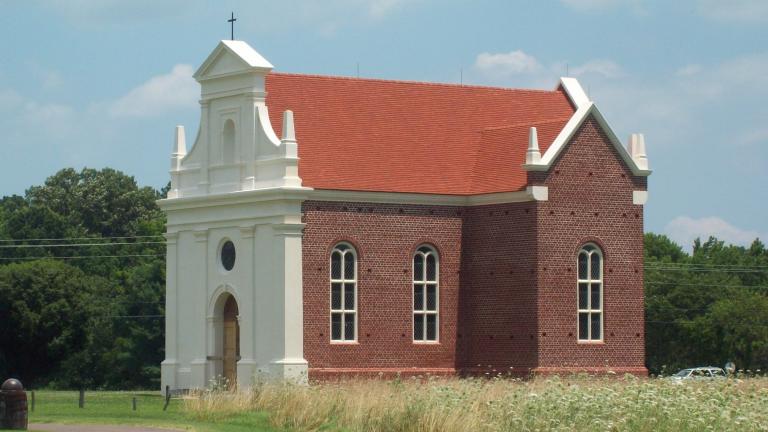 Explore the Free State’s Colonial roots as this 189-mile byway traces the Potomac River through Southern Maryland. Visit beautiful St. Clement’s Island where the Ark and Dove first made landfall and held the first Catholic Mass in the Colonies, and tour Historic St. Mary’s City, site of the Colonist’s first permanent settlement, and site of the first Catholic chapel in the English Colonies.

More Info
3
Visit Antietam’s Dunker Church, a Place of Peace, in a Field of Battle 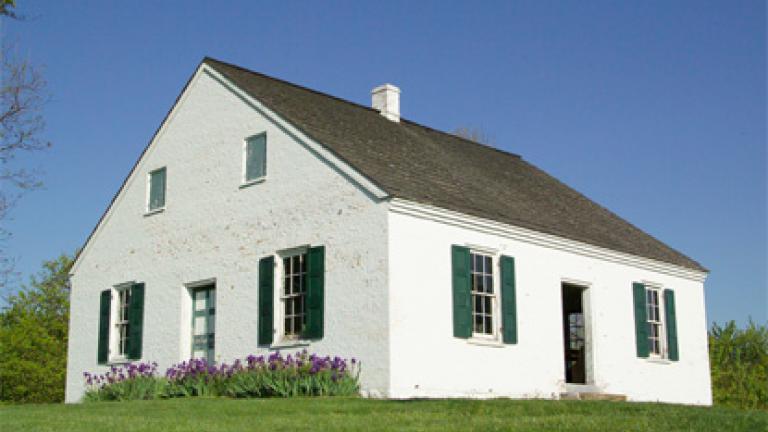 As the congregants of Dunker Church gathered September 14, 1862, their morning’s service rumbled with the sounds of distant cannons as Confederate General Stonewall Jackson’s forces advanced. Two days later, the humble little church would become a focal point in the bloodiest day of battle in American history. Having been commandeered as a Confederate aid station, Dunker Church was nearly destroyed; its walls riddled by hundreds of bullets and its roof destroyed, its walls battered by union cannons. And yet, the violence of that day could not dislodge the sanctity of this place. It was here that Union and Confederate forces met in truce to exchange wounded and bury their slain. When war subsided, the congregants returned and rebuilt their church and it remains to this day, a sanctuary of peace in one our nation's must enduring reminders of war. 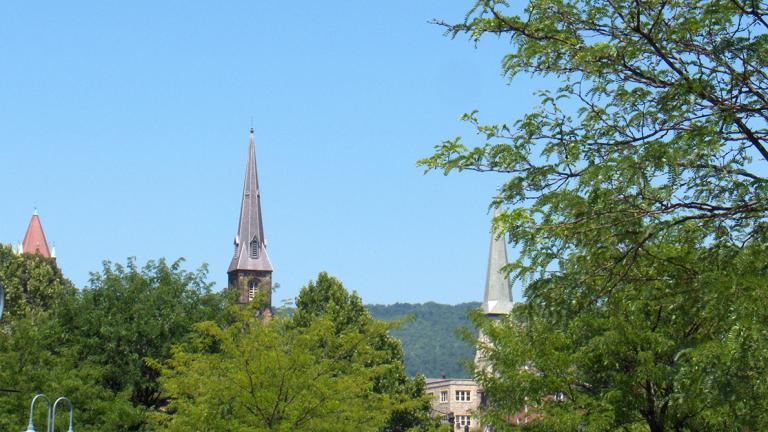 Visit the Shrine of Saints Peter and Paul, founded in 1848 by America’s first male saint, Bishop John Neuman. Built to serve the growing wave of German immigrants, the shrine’s stained glass, imported from Innsbruck, Austria, is inspiring in its beauty. Another highlight is St. Patrick’s Church, first built in 1791 as a log cabin, the current church was built in 1851. Rising gracefully in the heart of Centre Street, its soaring ionic columns and intricately painted ceilings combine mid-19th century American public architecture with traditional, old world religious imagery. 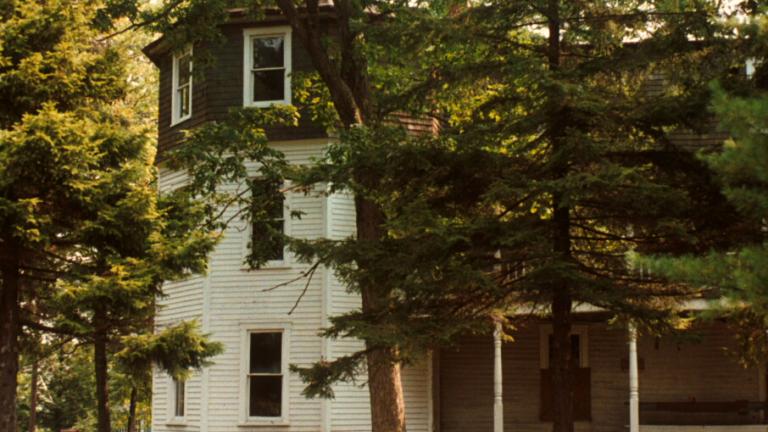 One-hundred and forty-five historic buildings, most constructed in the 1880s, still stand as testament to the founders of this important Chautauqua religious community. Established by Methodist ministers, Mountain Lake Park was conceived as a vacation destination with a moral and religious focus. In its heyday between the 1880s and World War I, this program attracted thousands to the community for symphonies, operas, plays, and nationally prominent speakers including President Taft, Samuel Gompers, William Jennings Bryan, and Billy Sunday. But the core of the community was the “Mountain Chautauqua," which blended religious revivalism with cultural and educational activities. 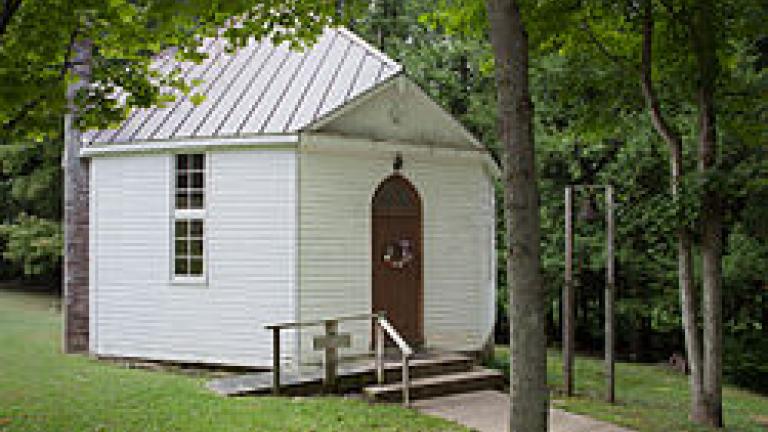 Located near the old rural village site of Selbysport in Garrett County, near Friendsville. An icon of architectural sophistication, Mercy Chapel is a rare, 19th-century octagonal structure built of vertical plank siding from local lumber with a coursed stone foundation. Constructed in 1874, the interior of the one-story one-room chapel is a fine example of local craftsmanship and is virtually unchanged since the time it was built. 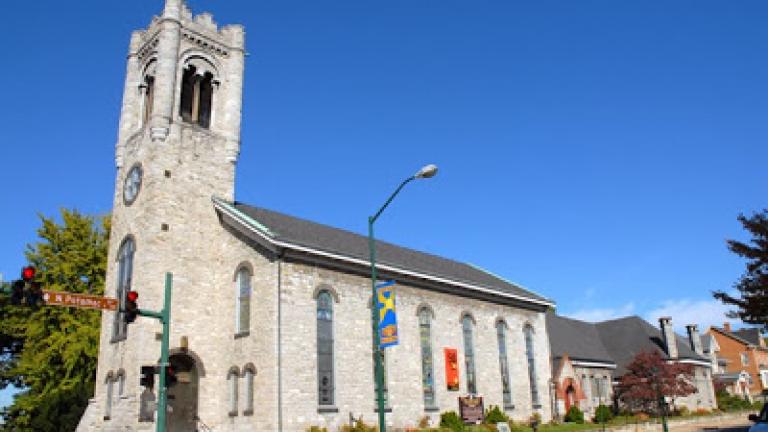 The first church built in Hagerstown as the German Reformed Church,  Zion has been in continuous use since its founding in 1770. The church’s grave yard is the final resting place for soldiers who fought in the French and Indian War, the American Revolution, the War of 1812 and, during the Civil War, Union troops under the command of General George Armstrong Custer used Zion’s bell tower as a lookout. 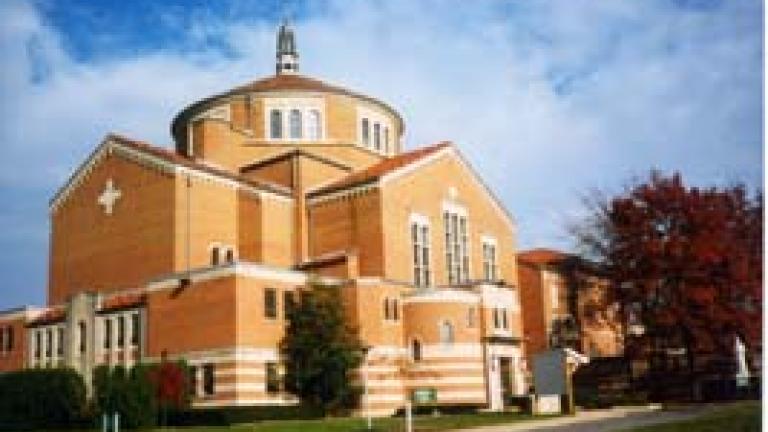 Elizabeth Ann Seton, born in 1774, is the first native-born saint in the U.S. Seton completed much of her great works while living at her present day shrine from 1809 until her death in 1821 and her remains are interred at the site’s Basilica. Mass and confession is held Sundays, Mondays, Wednesdays and Fridays, and retreats are offered on Sundays.

More Info
9
National Shrine Grotto of Our Lady of Lourdes 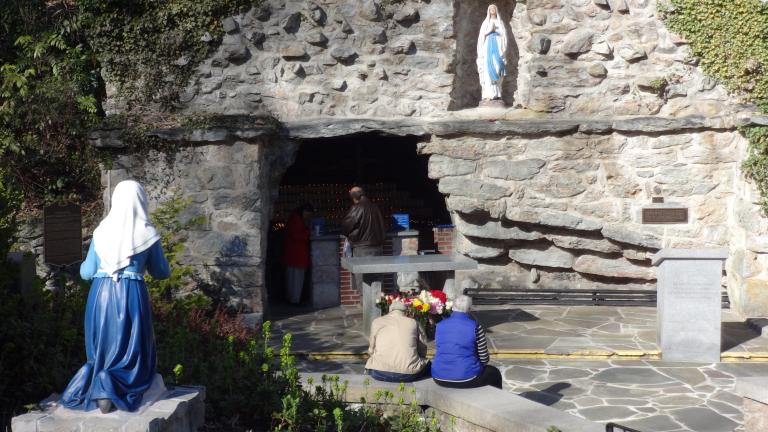 Built on the campus of Mount St. Mary’s University and devoted to Our Blessed Mother Mary, this beautiful mountain shrine is one of the oldest replicas of the Lourdes shrine in the Americas. 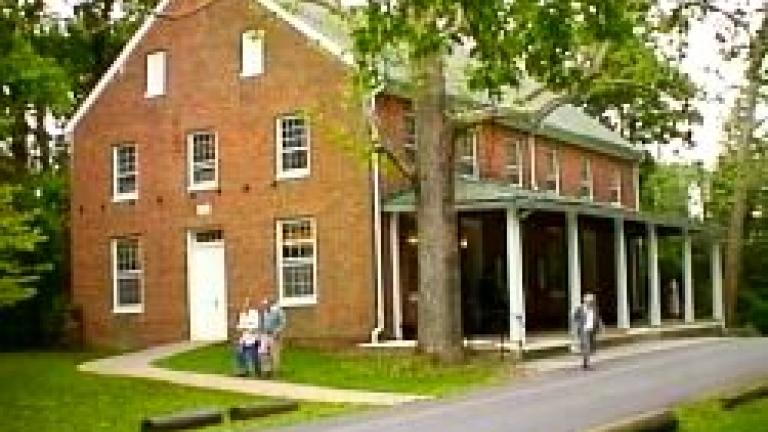 Built in 1817, this Flemish bond brick, Federal-style Quaker Meeting House was the house of worship for many people of national importance including the first President of the Baltimore and Ohio Railroad; the inventor of an early refrigerator and an innovational deep plow; the designer of the first iron hull steamboat; a surveyor of the Louisiana Purchase; the authoress of a well-used mid-19th century cookbook; and the designer of seals used by the United States House of Representatives and the Senate. 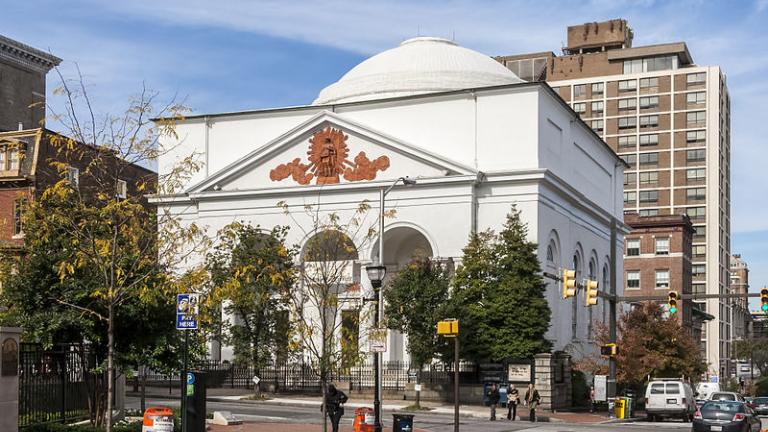 This church was home to revolutions in both the architectural and religious worlds. Begun in 1817, it was the first building constructed by Unitarians in America and during its dedication, Dr. William Ellery Channing delivered a sermon that formed the keystone of Unitarian principles. The church also marked a departure from neo-classical architectural language, having been designed by Maximilian Godefroy using the interplay of geometric forms. 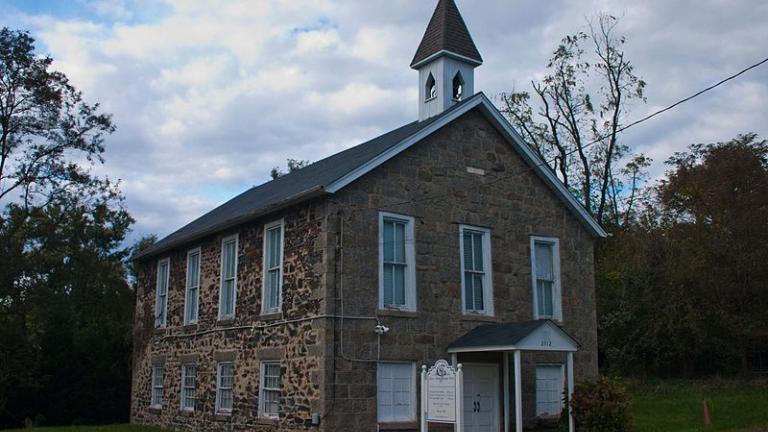 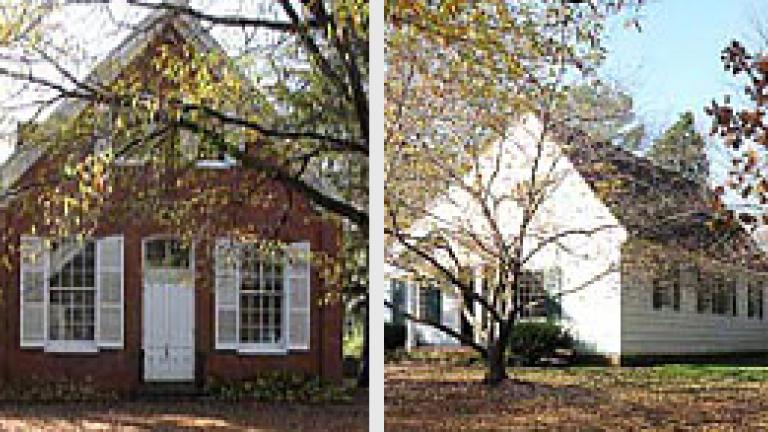 Third Haven has occupied the same property since 1682 and is the oldest frame worship place in the United States. The meeting house was expanded in 1797 and underwent an extensive renovation in 1990, and 332 years after its construction, it remains an active Quaker place or worship. 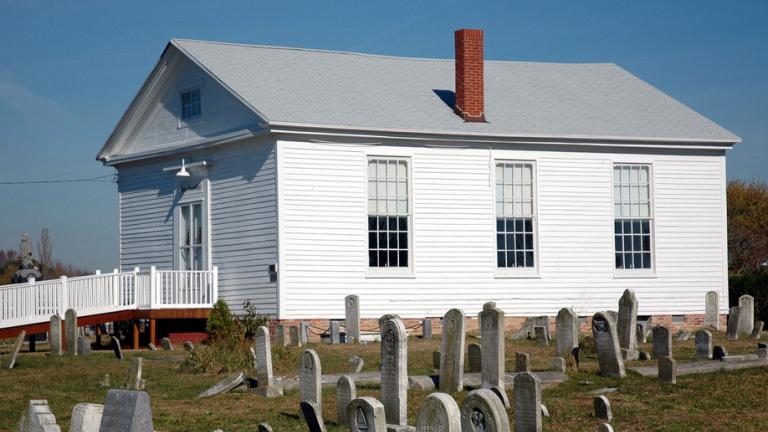 The oldest structure on the site was built in 1850, but the site has been in continuous use for Methodist meetings since 1828. The church also is the burial site of Joshua Thomas who, during the War of 1812, gave a sermon to British troops before they set sail for their attack on Baltimore. Thomas, who feared lying more than British wrath, told the assembled troops that he had seen that they would lose the battle. Upon returning defeated, many of the troops converted to Thomas’ Methodist faith. 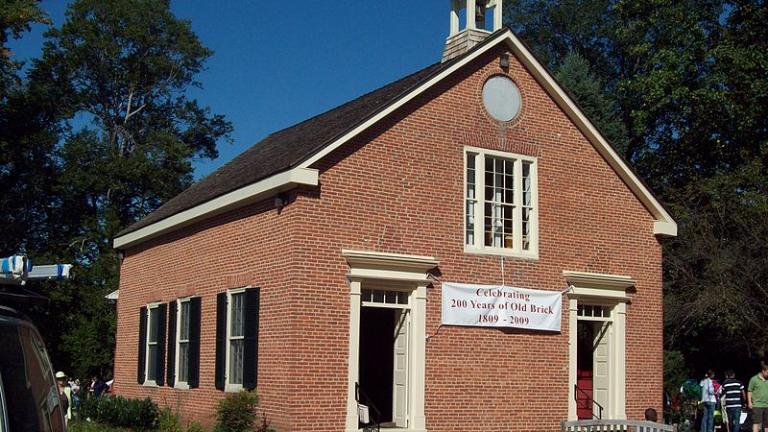 Erected in 1809, possibly on the timber foundation of the pre-1728 church, Old Brick is the oldest church building still in use in Howard County. In contrast to its small size and extreme simplicity of this Episcopal Church, the most significant detail is the interior gallery around three sides, a feature generally found only in larger and more formal churches of the Colonial period.