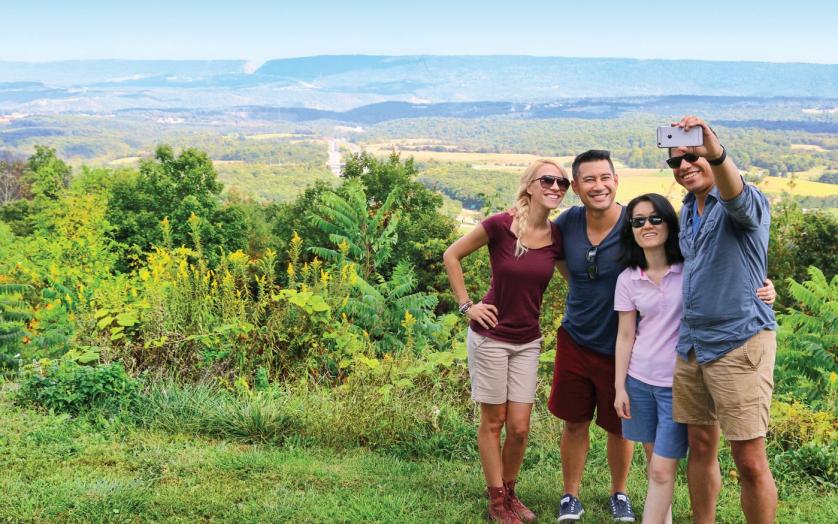 Winding trails and friendly towns roll through Mountain Maryland. Escape into the backroads and make friends with the locals.

Mountainous Western Maryland shines in the wintertime, when its slopes are covered with fresh powder. It’s a different kind of Maryland in the summer with a cool, Appalachian breeze calming the humidity. And the sounds soften as the pace slows with country songs on the airwaves, where wildflowers grow, and freight trains roll through the mountains.

Fans of fishing are spoiled in these parts with crystalline waters lined in boulders and teeming with brown trout and brookies. Spend a few hours to a day with a licensed guide on the Savage, Casselman, Youghiogheny or Potomac rivers, and you may just make it a yearly tradition. In Oakland, Harold Harsh of Spring Creek Outfitters delivers an unforgettable experience; his familiar face (cigar and all) comes from the many national TV appearances he’s made on fly-fishing. Captain Tom Martin from Heavy Water Anglers was born with a fishing rod in hand and takes groups out on a variety of Western Maryland rivers. Mike Evans at Savage River Outfitters calls one of the state’s most stunning rivers (the Savage River) his backyard, while Ken Pavol of North Branch Anglers is well versed in their history and would be happy to share some insight while guiding you across the Potomac and its tributaries.

GET ON YOUR FEET

Western Maryland has a state park for every occasion. New Germany State Park in Garrett County offers stays in gorgeous log cabins built by the Civilian Conservation Corps and a serene lake for swimming and fishing where there’s no cell service. Swallow Falls State Park is another favorite that features the state’s highest free-falling waterfall at 53 feet—a breathtaking sight when covered with ice in the winter or surrounded by foliage in the spring. Green Ridge State Forest in Allegany County offers long paths for undisturbed walks and views of small waterfalls along the streams in Deep Run. The Appalachian Trail winds through Washington Monument and Gathland State Parks, which also features a monument to war correspondents, and from there, some intrepid hikers take the trail all the way to Harpers Ferry.

The opening of the Great Allegheny Passage bike trail continues to invigorate cyclists with a first dance along the rhythmic mountain path. This 150-mile bike trail is an essential ride that weaves through the soaring mountains and placid rivers of Maryland. Many bike-friendly merchants in Cumberland and Frostburg are happy to offer hydration and libations. Grab a map and do the passage on your own, or find one of the many outfitters along the way for guided passage tours. Mountainside Bike Tours, with the motto “you pedal, we pamper,” offers tour packages that include a stay in their Cumberland bed and breakfast, The Inn on Decatur, so cyclists don’t have to make their own arrangements.

Western Maryland is known for DelFest— the popular bluegrass music festival that brings in Del McCoury and his traveling band for several days each summer. But the tunes carry throughout the year. Mountain City Traditional Arts in Frostburg hosts bluegrass bands and Celtic music. In Cumberland, both the Embassy Theatre and the Cumberland Theatre host live shows and Mountainside Baroque covers the early side of music at local museums and churches.

TAKE TO THE WATER

When you’re canoeing or kayaking the Potomac, you’re floating on history. The river played crucial roles in the Civil War, War of 1812, and even the American Revolution. While the “Nation’s River” is significantly altered, parts of it would be recognizable to General George (were he to return tomorrow). River & Trail Outfitters, based in Washington County, is one of several guide services offering tours along the Potomac.

Western Maryland has become a destination for wine lovers. Black Bear Wine and Words offers used books and an impressive list of wines for those who wish to linger over a great story. Deep Creek Cellars makes their own wine—so, relax at a picnic table and enjoy a glass or bottle, or savor it with pear butter made fresh from their pear trees. The Firefly Creamery also offers wine and cheese tastings; they’re famous for their goat cheese and a variety of olives for pairing.

Biking and hiking can work up an appetite. Giuseppe’s Italian Restaurant in Frostburg boasts delicious thin-crust pizzas and a comprehensive beer and wine list with whole sections for bourbon, rye and rum. At City Lights in Cumberland, you’ll find amazing crab soup and lump crab cakes, and while Deep Creek Seafood may be far from the Chesapeake, customers still rave about its crab and oysters. McHenry’s Canoe on the Run gets hearty endorsements for its homemade BLTs and friendly staff. Finish off your visit with ice cream from Lakeside Creamery in Oakland. You’ve earned it, especially if you’re ready to hit the trails again 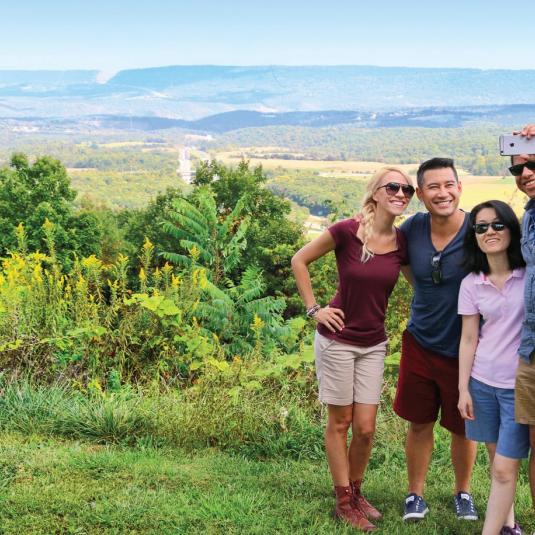 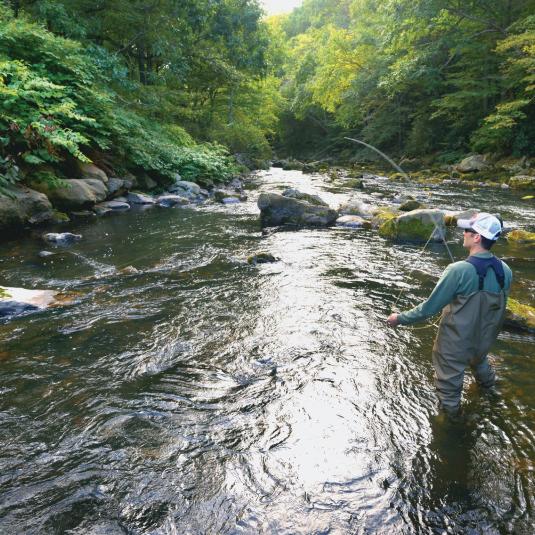 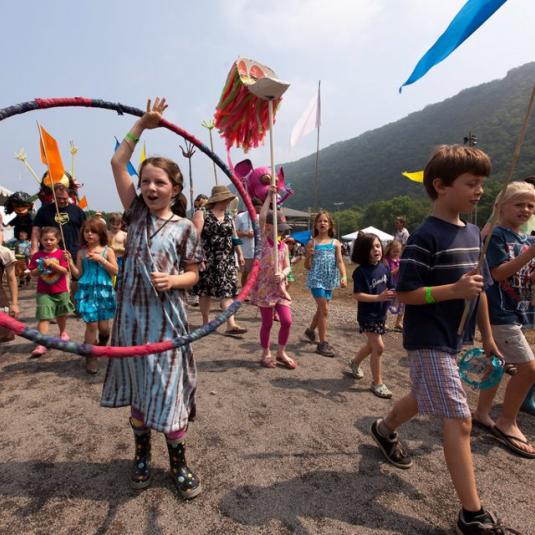