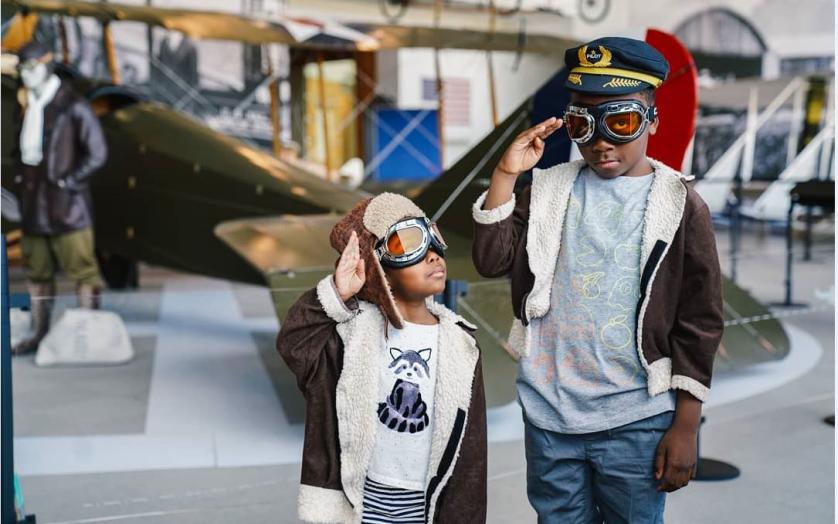 The sky is the Limit with these Maryland Air & Space Adventures

The Smithsonian Air & Space Museum is a great launchpad for your high-flying adventure, but you can blast off into Maryland for a truly out-of-this world experience.  Walk the same flight line as Wilbur Wright at the College Park Aviation Museum. Explore NAS Pax River, home of the U.S. Navy Test Pilot School, where astronauts such as John Glenn, Alan Shepard, Jim Lovell and Neil Armstrong split the sky at twice the speed of sound, and where history is still made today. Get into the mind of NASA at the Goddard Space Flight Center and witness a real NASA rocket launch from Maryland’s Eastern Shore. When it comes to awesome aviation events and experiences, Maryland has the right stuff. 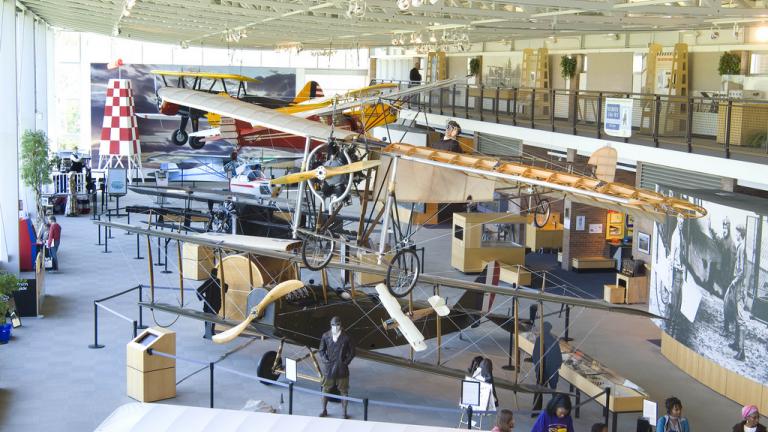 In 1909, the College Park Airport was established so that Wilbur Wright could instruct the first military pilots in flying the government’s first plane, a Wright Type-A biplane. Now, the College Park Aviation Museum, located less than a half-hour away, and an official affiliate of the Smithsonian Institution, sits alongside the airport’s still-working airstrip. Static displays include historic aircraft ranging from the first decade of the 20th century through the 1940s. The post office’s first airmail hangar, established in 1918, makes for a fascinating window in time.

2
Touch the History Makers of the Jet Age at the Glenn L. Martin Maryland Aviation Museum in Baltimore County 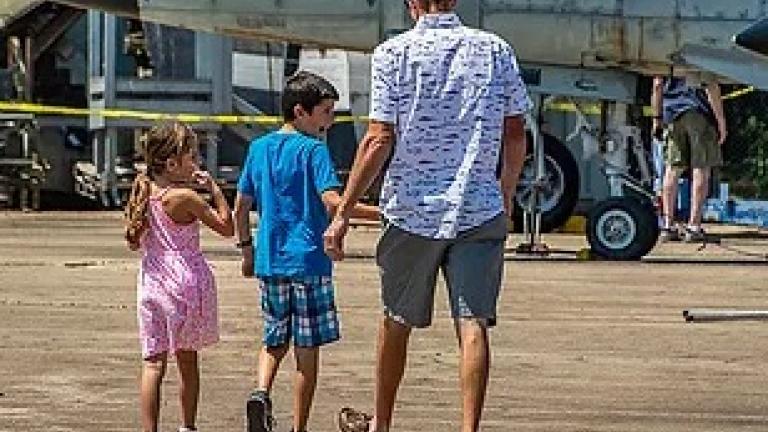 “Baltimore builds bombers,” was the catch phrase of the Glenn L. Martin Company during World War II as their Baltimore County facility cranked out B-26 Marauders and B-29 Superfortresses for the Maryland Air Gaurd as an essential cog of America’s Arsenal of Democracy. Today, A-10 Warthogs of the Maryland Air National Guard’s 175th Fighter Group are an ever-present sight on the tarmac alongside the museum’s collection of historic warbirds including a restored F-105 Thunderchief and a shark-nosed A-7 Corsair attack jet. Open cockpit days are a regulars’ favorite. 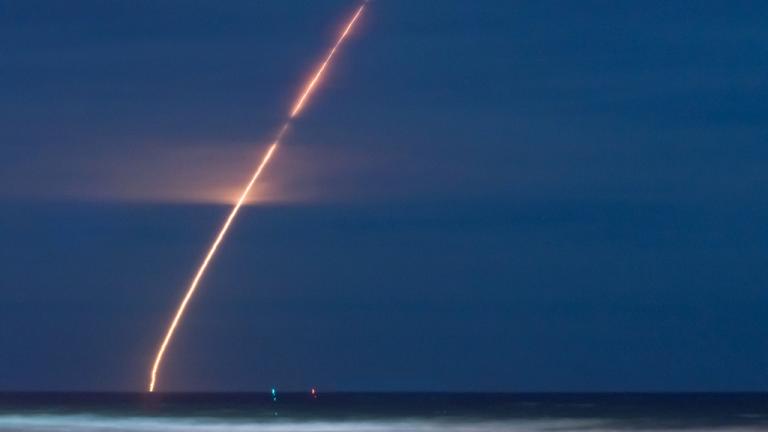 Assateague Island may be known for its iconic wild horses, but the idyllic space is also a perfect location to catch NASA rocket launches from nearby Wallops Flight Facility. Check NASA’s schedule to find out when the next launch will be, and plan your Assateague cosmic camping adventure. 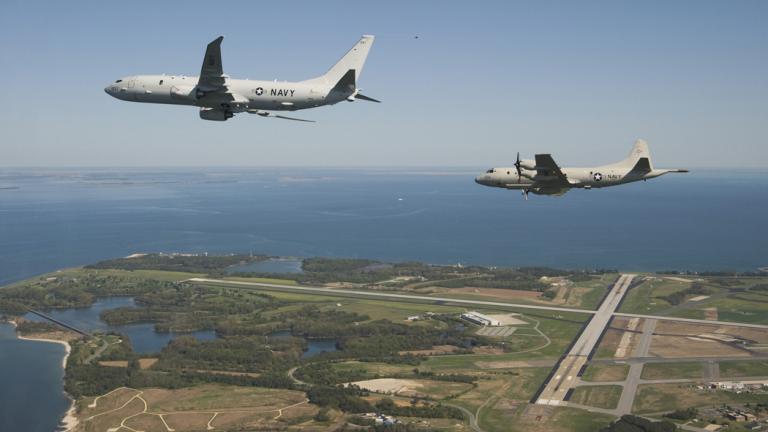 If you’ve read “The Right Stuff,” you know all about Naval Air Station Patuxent River’s thrilling history.  Pax River is home to the U.S. Navy’s elite Test Pilot School and the Atlantic Test Range where the Navy’s hottest fighters test their mettle before heading out to the fleet. The Patuxent River Naval Air Museum & Visitor Center is dedicated to preserving the legacy of the U.S. Navy’s aviators, crews and equipment. Highlights include the Lockheed Martin X-35C and the Boeing X-32B, making Pax River the only place you can see both contestants from the Joint Strike Fighter competition. Hop into the cockpit of a working F-14 simulator and see if you’ve got what it takes to be a Top Gun. And don’t miss the bi-annual Pax River Air Show mentioned below! 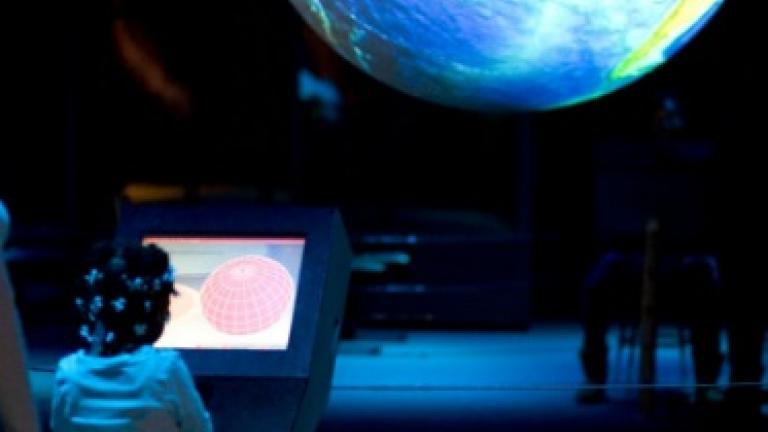 Located just a short trip up 95 from the Smithsonian, and only a few miles from the Space Telescope Science Institute, this jewel on the shores of Baltimore Harbor is a can’t-miss for anyone with their head in the stars. In addition to the dinosaurs and Imax movies, the Maryland Science Center is home to a comprehensive exhibit on the Hubble Space Telescope and the search for life beyond Earth. Highlights include massive Hubble images, an interactive hunt for exoplanets, and the massive, three-dimensional “Science on a Sphere” exhibit. It’s also a great stop before checking out Baltimore’s bi-annual air show mentioned below. 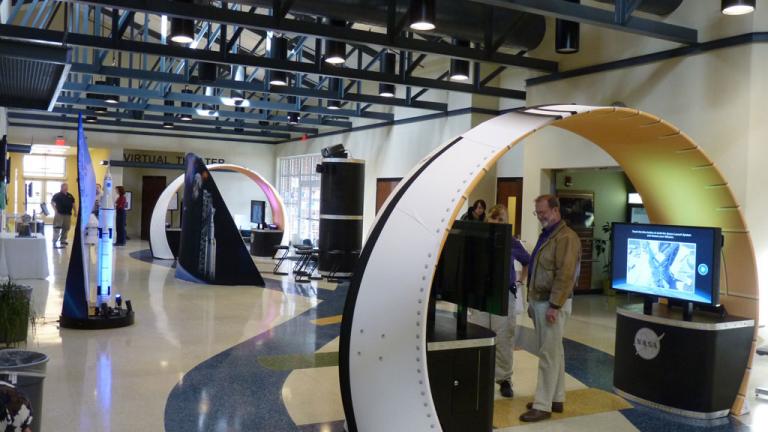 Another great stop just minutes from the Smithsonian, the Goddard Space Flight Center is a working hub at the forefront of NASA exploration, and the visitor center is simply out of this world. See the future of exploration at the James Webb Space Telescope exhibit. See the sun as you’ve never imagined using the same footage NASA scientists use in the Solarium. Examine a real moon rock, study the Lunar Reconnaissance Orbiter, and experience NASA’s Scientific Visualization Studio that rockets you into the bleeding edge of space science.

7
Experience One of Maryland’s Iconic and Exhilarating Air Shows 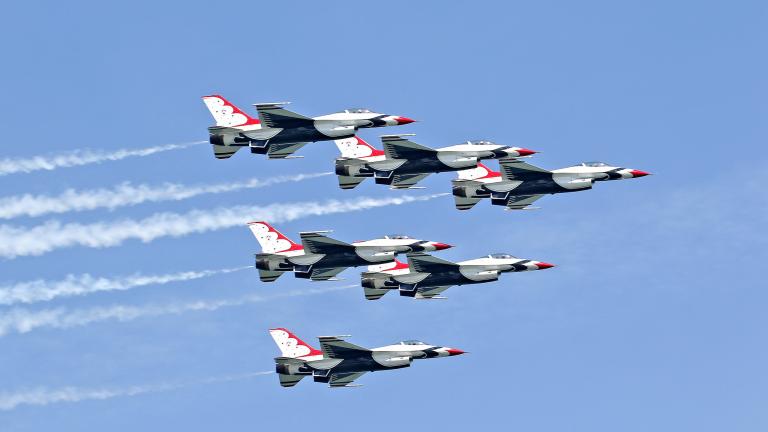 See the Blue Angels soaring over Annapolis during their annual Naval Academy graduation performance. Experience the thunder of jets and the crash of waves at the annual Ocean City Air Show. Get in touch with Naval Aviation and see U.S. military pilots pushing the envelope at the bi-annual Pax River Naval Air Expo. See the pride of the American sky on display at the home of Air Force One during the bi-annual Joint Base Andrews Air Show. And don’t miss the thrilling display during Maryland Fleet Week and Air Show Baltimore, every other October in the waters and overhead at Baltimore’s Inner Harbor. Each of these shows feature performances by headliners like the U.S.A.F. Thunderbirds, U.S. Navy Blue Angels, the Army Golden Nights, and the Navy SEAL Leap Frogs. 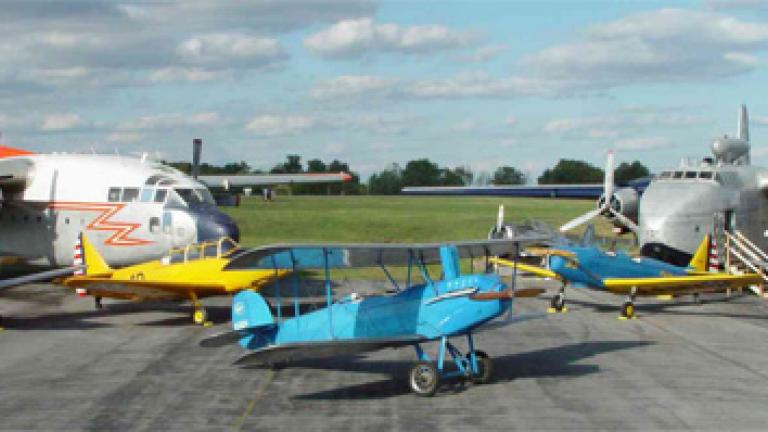 With 20 classic planes  – 14 built right in Hagerstown – all open for exploration, and visiting stars on the tarmac including the occasional Maryland Air Guard A-10, the Hagerstown Aviation Museum’s “Open Airplane Afternoons” are great getaways for any flight fan. Unusual birds like the C-119 Flying Boxcar and the legendary 1928 Kreider Reisner KR-31 biplane make for a great experience, but you can take your trip to the next level. A $100 donation to the museum earns you a flight in the museum’s restored 1943 Fairchild PT-19 Primary Trainer.